There is no justice in the law - Guest entry


There is no justice in the “just-a-system”. And there never will be. 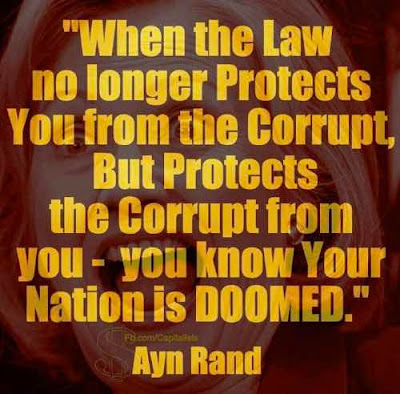 The image of the beast revealed (Revelation 13)

This is the most important blog entry I ever has written. Its importance is in the message of the embedded video provided (The IMAGE of the BEAST Revealed (Rev 13)) and in the prayer as below.

Take your time to listen and pray. Failing to do so, might have eternal consequences for you if you are carrying the mark of the beast without being aware of it.

Bible references that you should especially read when watching this video

Lord Jesus Christ of Nazareth, Lord forgive me of all my sins, known and unknown. Forgive me Lord for any time I have been feeding of the flesh of the beast, not even knowing that in doing so, I was recieving the life of the beast, taking on the mind of the beast, becoming the body of the beast and the image of the beast which Revelation 13 prophecied.

I repent Lord, please change me Lord! I repent Jesus Christ, forgive me Lord! Wash me in your Holy blood. Wash my mind, body, soul and spirit right now Lord. Sprinkle me and save me!

In the name of Jesus Christ, Lord I womit it out. The flesh of the beast.

I reject being made into the image of the beast. Lord I repent for having the appetite of the antichrist and the beast.

Loving violence, worldliness, fornication and all evil! Lord take it out of me! Jesus!

I wanna be the body of Christ Lord Jesus. I want to feed of of your body and your blood!

I wanna receive the life of Christ which is in His blood!

I wanna study His word!

I wanna eat the bread of life! And I want you to be inside of me, and me inside of you Lord Jesus!

If I ever been attracted to any violence and UFC (Ultimate Fighting Championship), MMA (Mixed Martial Arts), horror movies, murder movies, murder shows, violence, violent video games, world star, all of these things that are designed to manifest and make me to conform and made into the image of the beast!

I declare Jesus that you put that beast to the cross. You destroy the flesh, and I crucify my flesh right now.

I mortify these members and I declare open war against the beast, and against his image!

I am NOT the temple of the antichrist spirit!

I make a willful commitment to change my habits and to change my appetites giving it to Jesus Christ of Nazareth.

Lord, have dominion over me. Take over my being Lord Jesus Christ.

By faith, through the blood of the lamb, I receive the mind that was in Christ right now. I declare that I am the body of Christ and I manifest the Son of God right now.

And I Am the image of Christ according to the Word of God – Right Now!

Make me hate what you hate Lord Jesus and love what you love!

Because I know you are what you eat! I know that if I feed out of you Lord Jesus, I become your body!

Now I know Lord Jesus, the victory is here.

When the mark of the beast rises up, you will be so strong in me that I will reject the mark even under the penalty of death because I already died to self to begin with. They can only be cutting the head of the beast off!

Lord, glorify your self in my being, even bring your glory to shine on the outside of this flesh, like you did to Stephen when his face shine like that of an angel.

I wanna be an Abel and not a Kain Lord Jesus Christ!

I do not have the mind of Satan no more! But I now receive the same mind that was in Jesus Christ.

Lord, purge me and cleanse me. Go through every part of my soul and my heart, and my mind, and my spirit.

Drive out any character of the beast out of me like you did in the temple when they were selling and buying.

Lord, you are born in me, push out the beast out of me Lord!

I love you Lord Jesus Christ, and I wanna love your ways, I wanna love the precious fruit of the Holy Spirit, love and joy and peace, meekness and temperance. Oh God!

Thank you for this liberating prayer and thank you for your deliverance. I receive it RIGHT NOW!

No weapon that is formed against me shall prosper, and every tongue that arises against me in judgment I do condemn. This is my heritage as a servant of the Lord and my righteousness is from You, oh Lord of host.

If there are those who have been speaking or praying against me or seeking to harm me, I forgive them. Having forgiven them, I bless them in the name of the Lord.

Now I declare oh Lord that You, and You alone, are my God and beside You there is no other, a just God and Savior, the Father, the Son and the Holy Spirit and I worship You.

I submit myself afresh to You today in unreserved obedience.

Having submitted to You Lord, I do as your word directs, I resist the devil; all his pressures, his attacks, his deceptions and every instrument or agent that he may seek to use against me. I do not submit.

Specifically, I reject and repel infirmity, infection, inflammation, pain, malignancies, viruses, allergies and every form of witchcraft and every type of stress.

Finally Lord, I thank You, that through the sacrifice of Jesus on the cross, I have passed out from under the curse and entered into the blessings of Abraham, whom you blessed in all things, exaltation, health, reproductiveness, prosperity, victory, God's favor, and God's friendship. Amen

“Father, I pray you give me the Spirit of wisdom and revelation in the knowledge of You, that the eyes of my understanding might be enlightened, that I might know what is the hope of Your calling, what are the riches of the glory of Your inheritance in the saints and what is the exceeding greatness of Your power toward us who believe.” (from Eph. 1:17-19)


Satan, I am cleansed, redeemed, sanctified and justified by the blood of Jesus. You have been judged, disarmed, destroyed, rendered powerless and cast out by Jesus and you have no place in me and no power over me.

I take authority over you, rebuke you, bind you and cast you out of me and away from me, my family, my possessions, my sphere of influence and all my endeavors, in the name of Jesus. 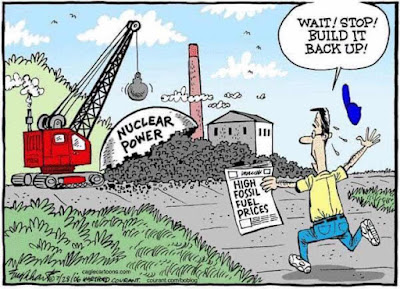